Valleyview Forge is owned and operated by Lynne and Steve Roth. In 1978, after taking blacksmithing lessons from Larry Wood, Steve opened a small shop and named it Valleyview Forge.

In 2000, Steve discovered an old, abandoned 2-story log house built around 1850 that the local fire department was planning to burn for practice. Steve convinced the owner of the home to sell it to him. The owner agreed and over the next year, Steve completely disassembled the log structure and moved it to his property located in Union, Ohio. The process was time consuming since plaster and clapboard siding had covered the log structure. He stripped this from the log structure, then photographed and marked each log as he began the disassembling process. Steve said the project reminded him of the Lincoln Logs that he loved playing with as a child. Over time, he moved the logs to Union and began reassembling the structure with only a few minor modifications. He made every attempt to maintain the appearance of a turn-of-the-century shop.

Over the next three years, Steve assembled the 20 x 33-foot main cabin with 20 x 14-foot loft, he also constructed a 24 x 33-foot attached shed. The windows are custom designed keeping with the period, the electrical wiring is hidden and all the nails used are square. Steve forged all the hardware for the doors, hinges and handles. A side-draft forge was built using an original Bob Zeller firepot and the bricks of the chimney from the original house. Steve remarked, “Hell, those bricks and logs have been together for 150 years, I was not about to separate them.”

After a total of 4 years of hard work, friends and family joined Lynne and Steve in the Grand Opening of the new Valleyview Forge. Following a fun-filled evening of festivities and celebration, Larry Wood officially dedicated Valleyview Forge. A fire was built using coal from Emmert Studebaker’s blacksmith shop. Larry forged a basket handle for the time capsule Steve placed in one of the walls of the shop. 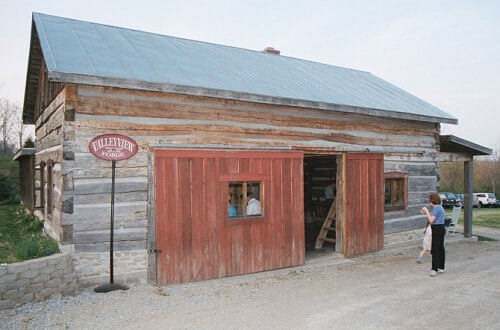 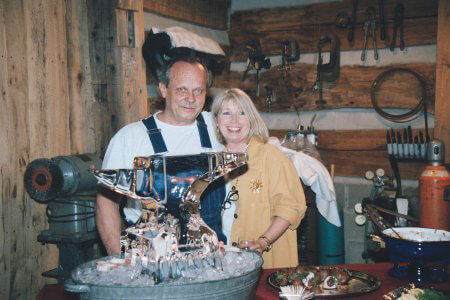 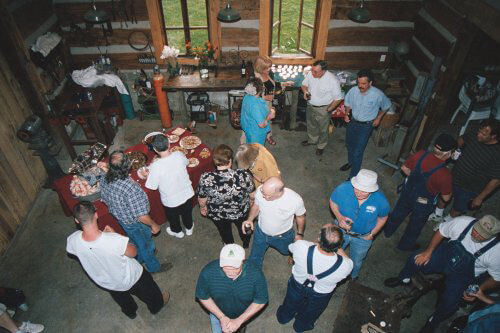 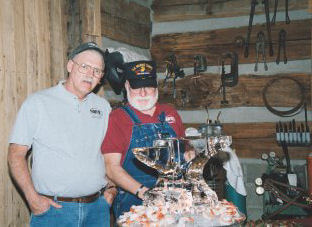 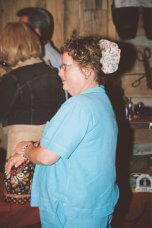 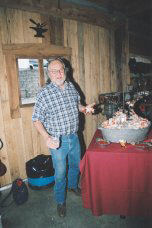 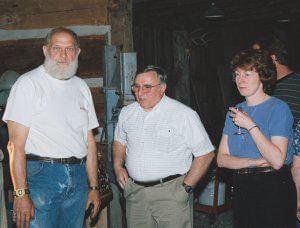 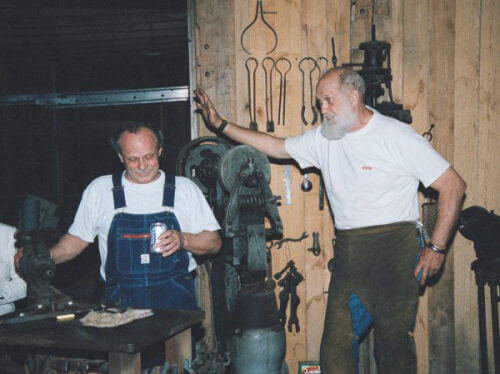 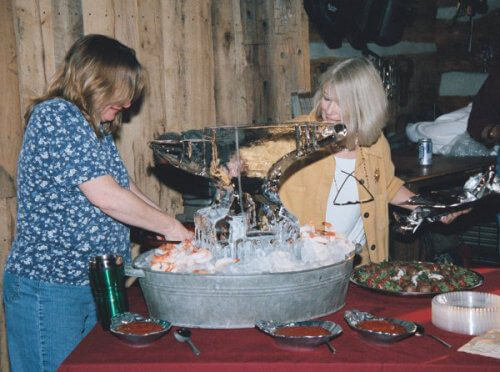 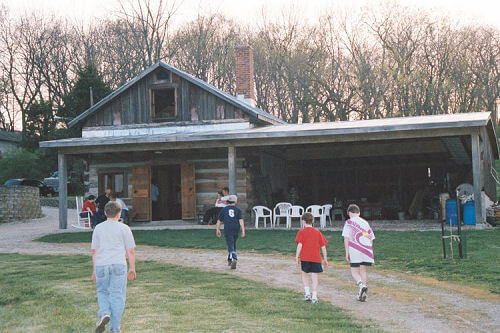 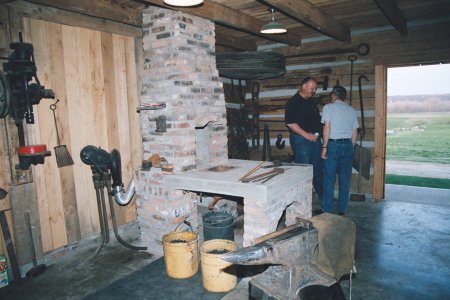 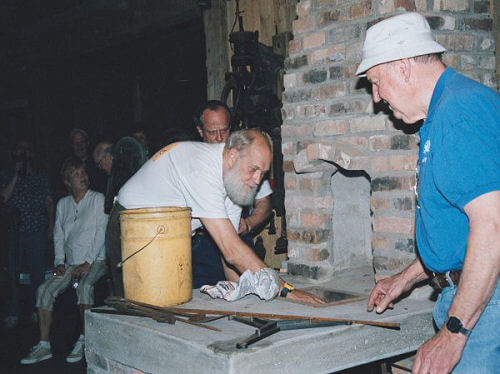 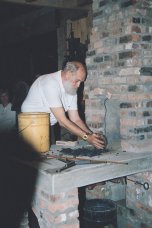 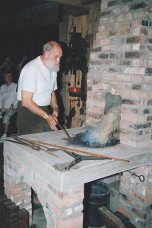 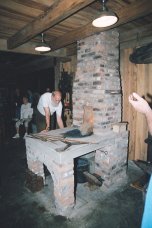 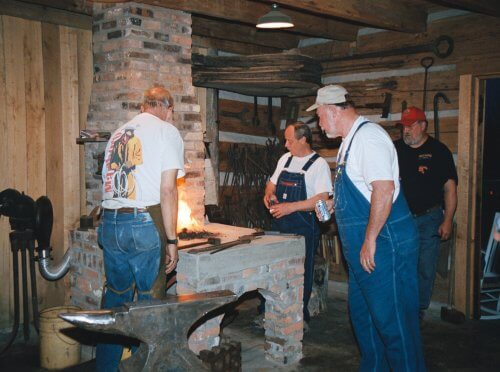 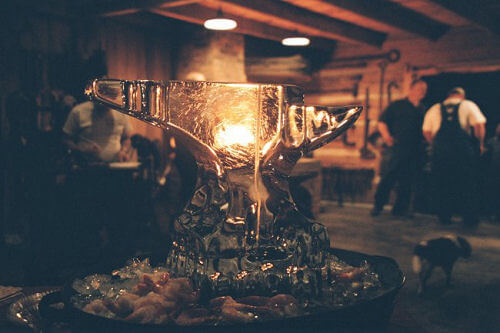 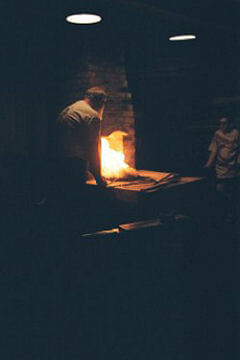 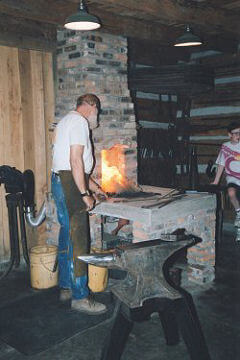 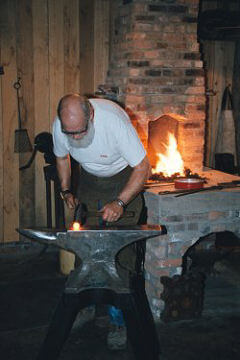 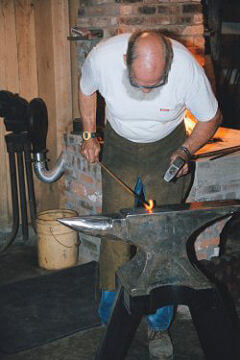 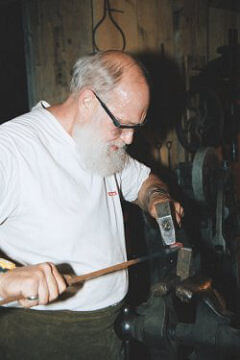